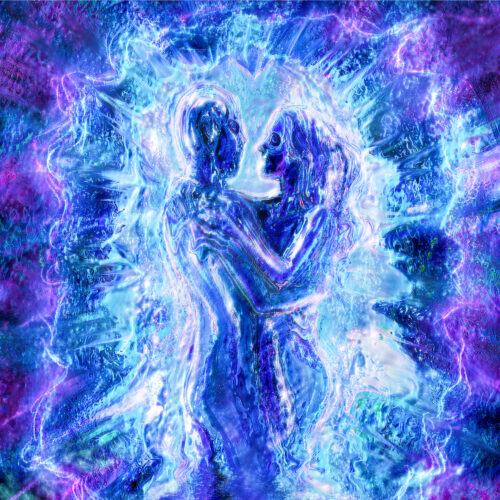 THE WAY TO LOVE AND LIGHT

“The Way” is the first full length album by ‘Lovers Entwined’.

Lovers Entwined is project that started first as a collaboration between t e l e p a t h テレパシー能力者 and Agia, but now a fully independent project with it’s own name. After the successful dreamfunk classic “Unison”, Lovers Entwined now returns with their new album “The Way.” With themes based around love, union, overcoming fear and hardships, The Way retains an emotional atmosphere throughout the album’s 17 tracks.

The album is officially released on the label Virtual Dream Plaza, Hiraeth Records has the honor of distributing the vinyl record edition.

To experience The Way in a different way; Virtual Dream Plaza releases the album on Dream Crystals.